As one of the most influential voices in aesthetics, Terri Ross has been featured in various publications highlighting her industry expertise and achievements.

Her hand has guided the trajectory of some of the most successful aesthetics devices, plastic surgeons, and medspa practices within the United States, and ultimately, the industry itself. Learn more about Terri’s path to becoming a world-renowned industry leader and the future of aesthetics in publications such as Top Doctor Magazine, The Aesthetic Guide, and more. 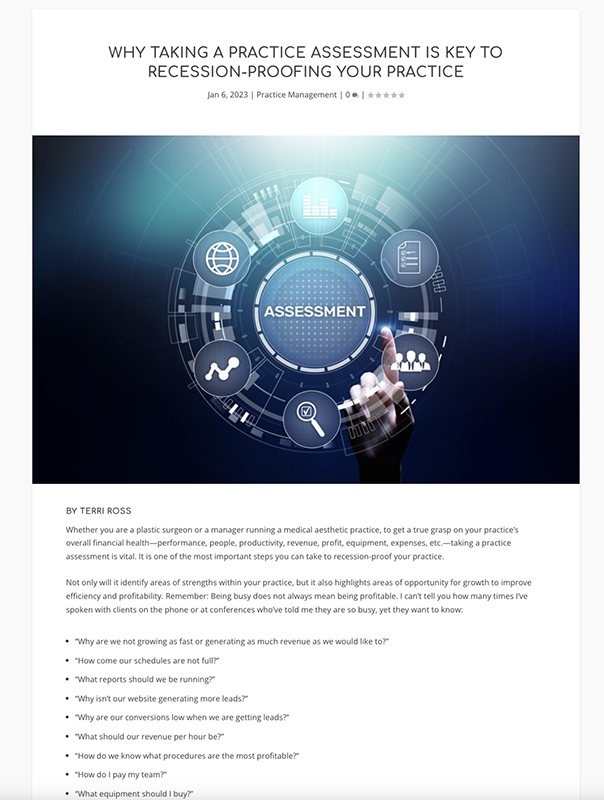 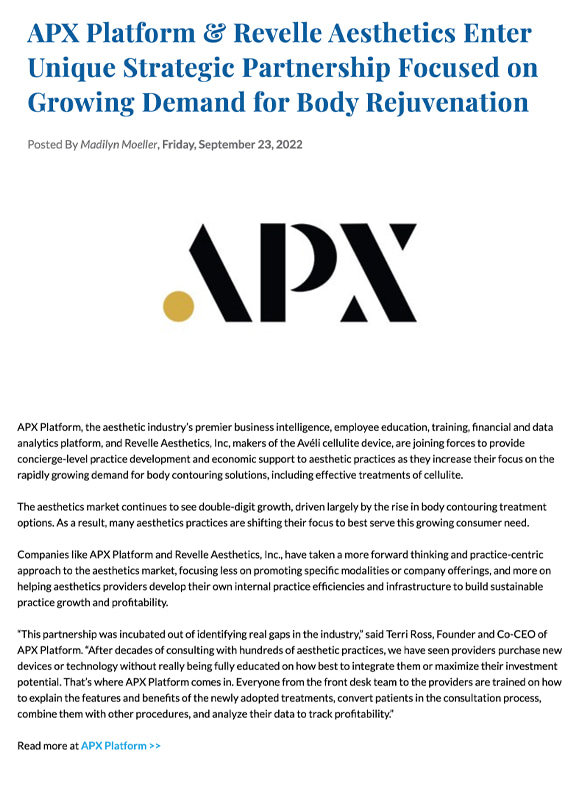 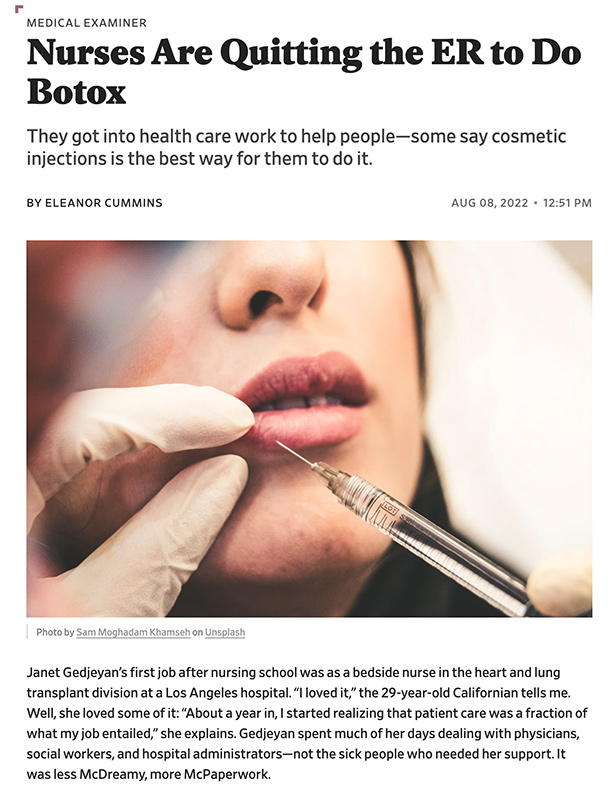 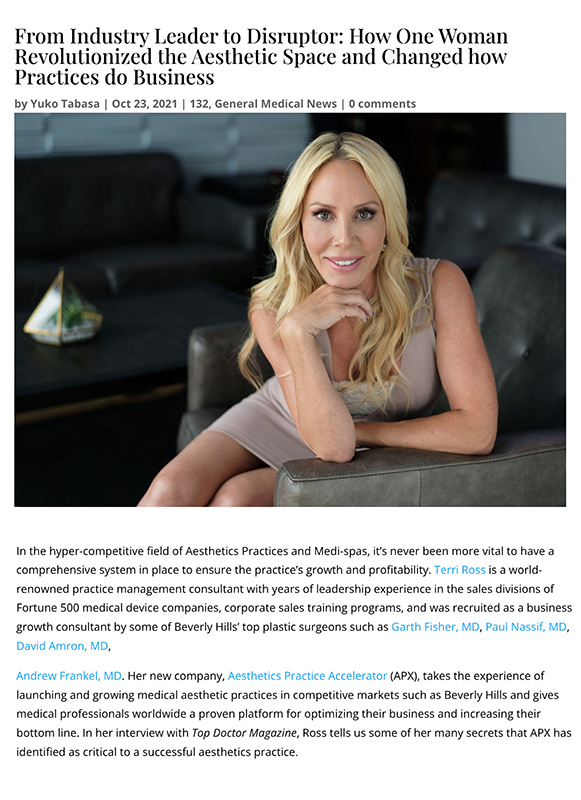 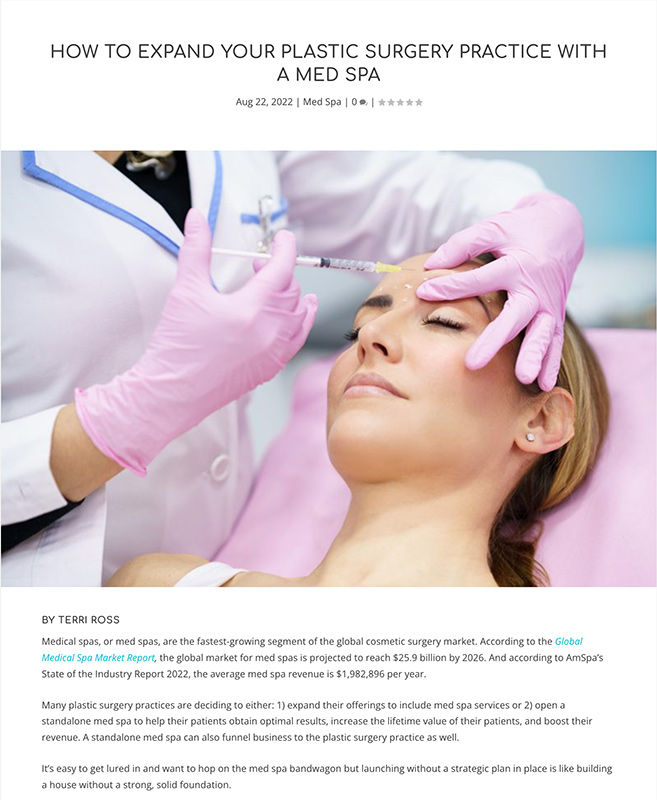 Terri Ross can take your business to new levels, whether you’re looking for exclusive private strategy sessions, corporate sales training, or a keynote speaker for the next major aesthetic event. Book Terri Ross today to take the first steps in giving your business the tools it needs to succeed in this incredibly competitive landscape. 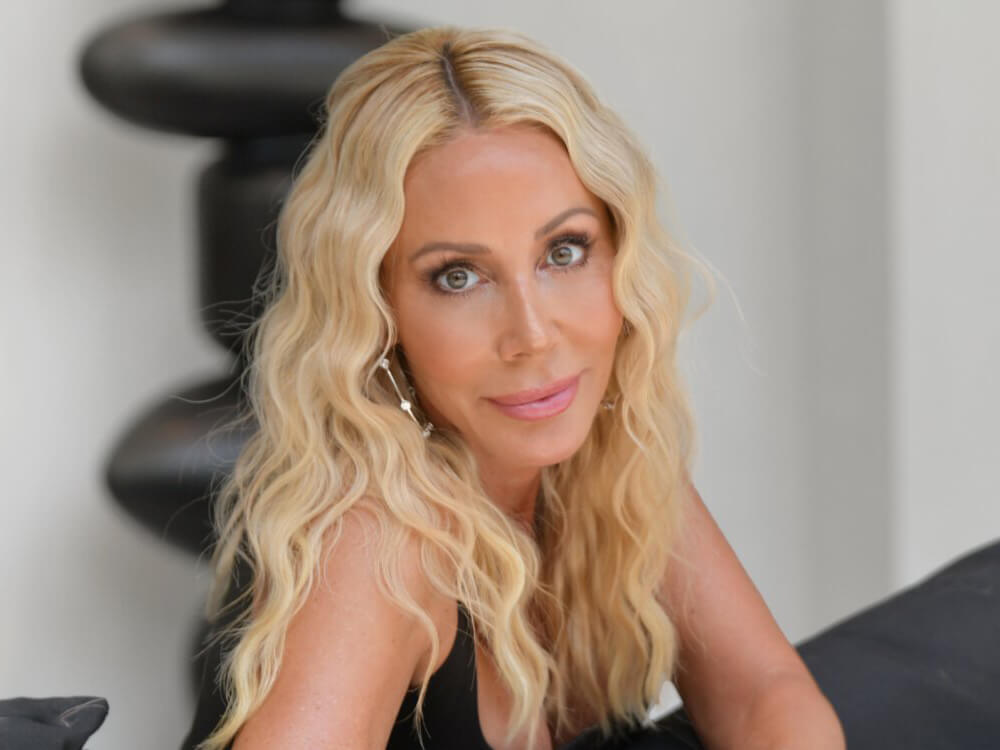